Brazil is preparing for potential violence that could resemble last year’s attack on the U.S. Capitol as far-right Brazilian President Jair Bolsonaro plans a pair of Wednesday events to mark the nation’s bicentennial.

“In the capital Brasília, security officials are bracing for a crowd of 500,000 people on the central mall, which Bolsonaro will address after overseeing the traditional military parade marking 200 years of Brazil’s independence from Portugal,” Reuters reported Tuesday.

The news outlet noted that “police have reinforced security along the grassy esplanade to prevent any efforts to advance on the Supreme Court, where they threatened to march a year ago in a demonstration inspired by the January 6, 2021 assault on the U.S. Capitol.”

The Brazilian leader’s unsubstantiated attacks on Brazil’s election security have been compared to Bolsonaro ally and former U.S. President Donald Trump’s refusal to accept the results of the 2020 presidential election, a campaign that culminated in the insurrection.

“I’m not saying everyone who votes [for Bolsonaro] or supported him is a far-right fanatic… but the risk is precisely the fanatics. Just look at what happened in the U.S.,” Consuelo Dieguez—the author of The Serpent’s Egg, a new book on Brazil’s far-right—told The Guardian.

SumOfUs on Monday released a report about parent company Meta failing to combat disinformation on Instagram, Facebook, and WhatsApp leading up to Brazil’s October 2 presidential election.

Flora Rebello Arduini, campaign director at SumOfUs, declared that “this is January 6th all over again—Meta is actively helping mobilize an online army in Brazil that’s peddling conspiracy theories about the integrity of the election and threatening a violent coup.” 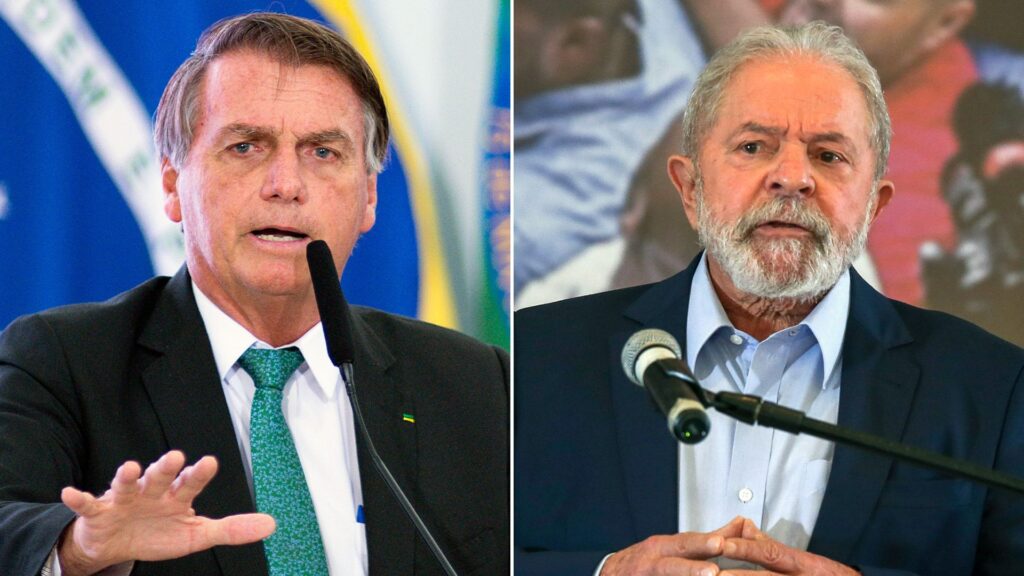 Bolsonaro has hinted that he will not accept the election results if he is defeated next month by former Brazilian President Luiz Inácio Lula da Silva, who is leading in the polls.

“Despite some positive factors that could be used by Bolsonaro to gain in the polls, this current presidential election in Brazil has an important element—the opposition candidate is a former president who is also very popular. This explains why we have seen very little change in voting intentions,” Lucas Fernandes, a political analyst at local consulting firm BMJ Consultores Associados, told BNamericas.

“We have to carefully monitor the acts tomorrow,” Fernandes warned of the bicentennial events. “If we have a lot of people on the streets, supporting the president, this will be an element that he likely use to discredit the polls should there be an unfavorable result in the October election.”

Detailing the president’s “efforts to blur the lines between military celebrations and his own presidential campaign,” Reuters reported:

Bolsonaro, a former army captain who has told supporters the army is “on our side,” pushed to transform a traditional Independence Day military display in Rio de Janeiro into a second political rally on Wednesday afternoon.

Army brass balked at an initial proposal to march troops and tanks along the famous Copacabana Beach, but have reached a compromise with the commander-in-chief. Bolsonaro will accompany symbolic cannon fire, paratrooper displays, air force acrobatics, and a naval parade before addressing a political rally there.

Dieguez, the author, told The Guardian that she does not expect Wednesday’s events will be used to stage a military coup for Bolsonaro.

“I don’t believe the army high command would submit itself to this kind of adventure. It would make an international disgrace of Brazil and wouldn’t receive support from overseas,” she said, while also acknowledging that Bolsonaro was “inciting” radical supporters by directing them to take to the streets “for the last time.”

“I can’t tell you what the result of this will be but clearly this causes fear and unease,” Dieguez said. “I’m afraid of violence, of violence in the streets.”

According to the newspaper: “Billboards erected in Brasília by the president’s supporters proclaim: ‘It’s now or never.’ Pro-Bolsonaro Telegram and WhatsApp groups have been flooded with messages urging members to ‘prepare for war.'”

An unnamed source within Bolsnoaro’s presidential campaign noted that his backers are upset with Supreme Court Justice Alexandre de Moraes, who last month authorized police raids targeting businessmen accused of discussing a coup if the president loses in October.

“No one can hold Bolsonaro back,” the campaign insider told Reuters. “His core supporters are infuriated now by Moraes and will show it on September 7.”