With the sea all around us, where’s the fish?

“Sit down, this is my office.”

His name is Geori López and his office is a wooden bench under two coconut trees at the Cojímar Sports Fishing Base. Geo (as everybody calls him) does not care how I spell his name, does not worry about speaking his mind. He has been interviewed by The Miami Herald, he says.

“The problem is not what I tell you but the slant you give it,” he says. For that reason he asks me for a realistic perspective on the question.

“The question” — the big question — is, “Why is it that, though we live on an island, we have no fish? We don’t. For whom? Where?” Geo tries to understand. And the fact is that you can find fish in restaurants and hotels. But I’m referring to the ordinary fish, the type that should multiply like the fishes in the Bible.

No use waiting for miracles. “Four years ago, I filmed some orcas, two miles from the shore.”

“Yes, like Willy. They’re pretty and proof of climate change. That’s indisputable. In the past, a fisherman would say, ‘on the umpteenth day of such-and-such a month we’ll net thousands of this-or-that fish. That’s no longer the case.

“For example, if the sardines — which will later be eaten by larger fish — find that the river where they spawn is polluted, they won’t reproduce. That’s where the chain is broken. The cycle of life starts badly. If they don’t have enough food, the species don’t reach their maximum size. And if that happens, they don’t stop; they continue to search.”

Geo presents his arguments one after the other, as if he had always been ready to respond. He and the other fishermen at the Base have a contract with a fishing company, whereby they must turn over to the State almost their entire catch, except for a few kilograms.

“The percentage authorized for self-consumption is so low, it’s ridiculous,” he says. And, of course, “every time somebody creates a prohibition, he’s enabling a parallel black market.”

“Are there many illegal fishermen?”

“Are there many illegal boat owners?”

The company pays the fishermen 68 pesos per kilogram of fish, about 1.30 convertible pesos (CUC) per pound; it sells for 2.80 CUC in the local market. At a restaurant in Havana, the owner tells us, “Everybody buys fish in the black market. Lobster and octopus, too.” 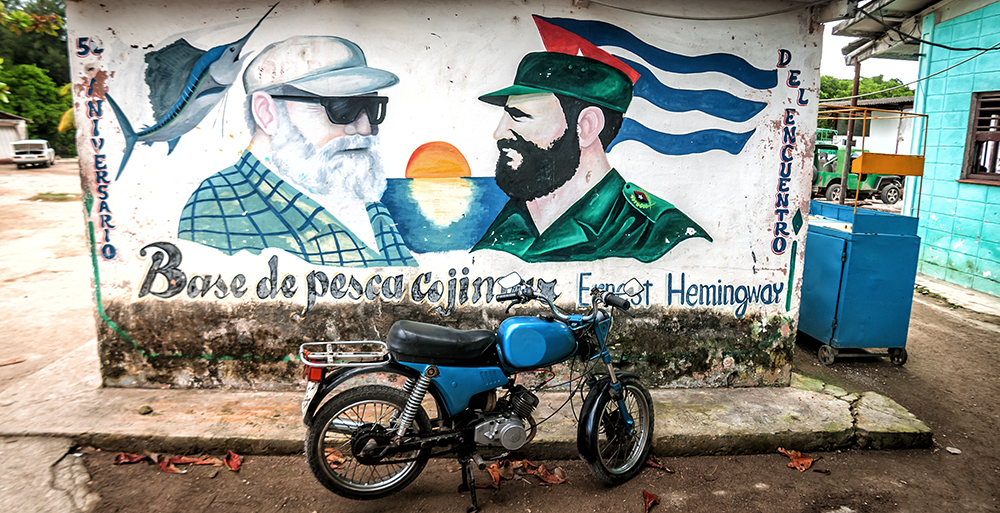 Certain things never change. Like the habit of naming boats after women. Geo’s is named Olguita.

As in other places in Cojímar, the Fishing Base was named after Ernest Hemingway. Maybe other things haven’t changed since his days. There’s no store where fishermen can buy equipment and most of the wooden boats are rustic. Very few have engines.

“They don’t allow us to replace those engines,” Geo says. “To replace them is a complicated process, for reasons that already exist. Maybe in a historical period those laws made sense, but not anymore, because there’s no longer a dry-foot-wet-foot policy. Unfortunately, bureaucracy has short feet.”

We knew that the right of citizens to use maritime transportation is one of the Constitutional principles that has not been enacted.

At this time, the state-run fisheries need to renovate some 250 boats. The plan is to discard the old boats and launch new ones, not to increase the number of boats. Ricardo Reyes, director of the Naval Projects and Construction Company (CEPRONA), explains.

“According to our social purpose, we can build and repair the boats of individual persons. But, because we don’t have full funding, we have no materials left over. What we lack is materials to do State-assigned work.”

Statistics from 2014 indicate that fishermen working for private commercial entities number almost six times those who are directly involved with the State-run sector.

Even so, they don’t make much money, says Miguel, who rents boats at Playa Larga, Matanzas. “Fishing is such a hassle that in the end they settle for renting rooms to foreign tourists.” At the Base, used by between 300 and 600 fishermen (depending on the season) only two women own their boats. Here, a skirt catches your eye, even if it is a pair of pants.

Today, the rain falls intermittently. The sea, sullen and dark, invites no one, so the fishermen kill time playing dominoes, joking, laughing and uttering “bad words.”

Geo tells us that nobody has come to tell the fishermen that, in late March, the Council of Ministers approved a policy for the development of the fishing industry.

Despite the document’s obvious public importance, we know only some sketchy details. And we won’t know any more until late December, when it will be brought before the National Assembly in the form of a bill. By then, it is expected that the Assembly will update the 1996 Law-Decree 164, which establishes the Fishing Regulations and related standards.

“They’re trying to organize us and turn us into a cooperative, but they still have no idea of how to do it,” Geo says. He’s a member of the board that runs the base and mistrusts the functionaries who “live their lives behind a desk.”

“Would you recommend foreign investment in fisheries?”

“With their technical ability, as things are now, within two years they’ll destroy what’s left of the resources. The damage would be greater than the benefit, as a nation.” 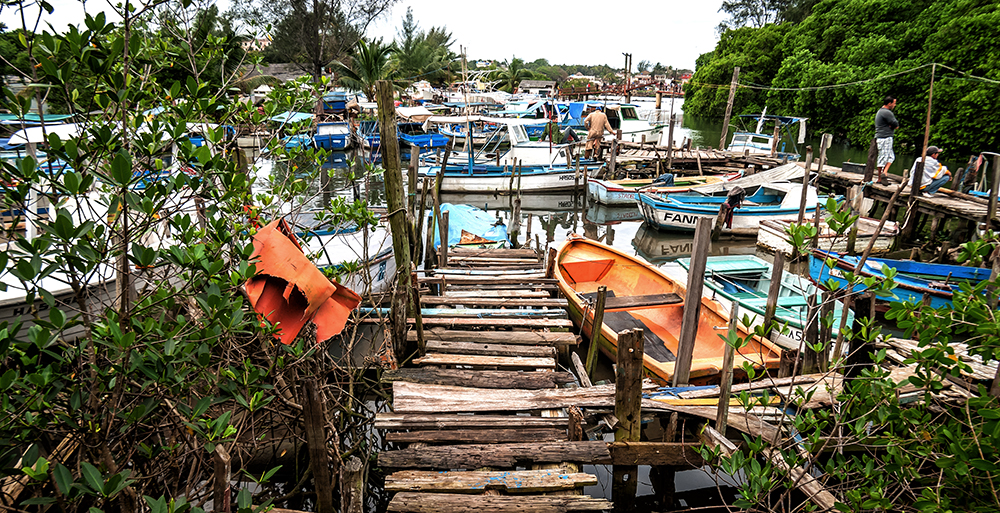 In the background looms a cultural dilemma: we’re surrounded by water, but the island turns its back on it, looking inland. That’s why it’s easier to eat pork than fish. That’s why, in the words of Pablo de la Torriente, we are a carpet of cane in the middle of the Caribbean — though not so much, anymore.

“As happened in agriculture, many times the sons of fishermen didn’t take up fishing,” says Geo. He has the profile of a sea-going man: heavyset, suntanned, sporting a necklace with two teeth from large fish. Sometimes a storm caught him sailing “out there” and he told himself: “I might not go back today.”

El Cachón is not a beach but a strip of dirty sand where the buzzards peck at dead fish like chickens.

“In this region, fishing depends largely on the currents; one year of mild currents means one year of poverty. We’ve perfected our techniques, but the sea is what it is. We always had good and bad years; the problem is when we have three bad years in a row.”

“Out there” there may be a marlin, a distant relative of the one the sharks took away from the Old Man. Like him, perhaps we’ll continue to hope that our big fish is somewhere.

Don’t be fooled: Americans will continue to come

Cuban brands: Wanting what you can’t always have