Russian President Vladimir Putin has authorized a call for tenders worth 20 million rubles (355,000 dollars) for the gilding of the dome of the Capitol Building in Havana, the Russian press reported. 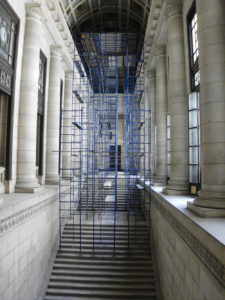 The official announcement was made Monday, May 15, by the Federal State Unitary Enterprise (“Goszabransobstvennost”), which operates under Putin’s office and handles federal expenditures.

In May 2016, the Speaker of the Russian Senate, Valentina Matviyenko, said that the Cuban government had asked for technical and financial help in the project. Russian conservation experts would assist local historians, she said at the time.

The current call for tenders involves the restoration of the dome’s gold coating. The choice of contractor will be announced in early June. By late August, the contractor must provide basic solutions for the strengthening of the dome and the installation of a new sandstone facing, covered with copper sheeting and gold leaf.

The Capitol Building (official address: 513 Paseo de MartÌ) was designed by architect Eugenio Rayneri Piedra and built between 1926 and 1929 during the administration of President Gerardo Machado. Before the 1959 revolution, it housed the offices of Parliament and other government agencies.

Currently, it houses the Cuban Academy of Sciences and is used as a conference center. After its restoration, it is expected to become the seat of the National Assembly.

The restoration project is supervised by the office of the Havana Historian, Eusebio Leal Spengler.

Putin sees no danger to Russia in U.S.-Cuba thaw