HAVANA — Vladimir Putin will come to Havana! The headline impresses, not for what it announces but for what it recalls. A symbol that evokes not Russia but the Soviet Union. Not the crisis but the project.

Putin returns to Havana 14 years after his previous visit. His mission then was not pleasant: to shut down the electronic listening post at Lourdes and review the payment of the debts Cuba acquired in Soviet loans.

Today, the base has been forgotten, the debt has been renegotiated and the road has been cleared for a relaunching of relations that are promising to some though worrisome to others.

Because he was born in 1952, Putin grew up during the difficult period of reconstruction that followed the triumph over fascism at the end of World War II. Then, the Soviet Union emerged as a superpower that filled the following 40 years of history.

The Cuban Revolution, Fidel Castro and the Island of Freedom were landmarks of a political formation that led Putin from the KGB to the Kremlin.

The Russian president’s tour of several countries of the Americas and Canada is like a signpost that indicates the changes in post-Cold-War geopolitics. Among its ingredients are China’s advances, Russia’s return as a key player in world politics, the survival of the Cuban political project, the empowering of a New Left in Latin America, and the formation of a system of alliances that dispenses with the United States.

Pushed by terrorists who staged the Sept. 11 attacks, the United States embarked in wars and conflicts from which it is unable to emerge. They have not only cost lives and huge resources but also have monopolized the attention of its leaders, deforming and discrediting what could have been U.S. policy in the post-Cold War period.

In the same period in which the U.S. wore itself out in faraway and sterile wars, Russia overcame the calamitous state in which its economy found itself as a result of the dismantling of the Soviet Union. It reconstructed its military strength, resolved — or at least alleviated — serious problems, both in Russia and in former Soviet republics, and returned to world politics as a protagonist.

Russia works in the formation of a system of non-military alliances that, as a whole, forms a project of architecture of international relations, based not in military might (though might is present) or ideological and political precisions. With exceptional pragmatism, it advances through the spaces opened by 21st-Century geopolitics, characterized by globalization and the expectations created by economic and scientific-technical cooperation.

When returning to America, Putin travels through U.S. air space without stopping in that country, which means that either he has nothing to talk about with his U.S. counterpart or he doesn’t want to talk to him. He appears more concerned with reinforcing the BRICS, formed by the emerging economies of Brazil, Russia, India, China and South Africa, to which Argentina likely will be added. All together, they could form the hardest link of a nascent economic order that is not opposed to the U.S., though it is an alternative.

In that scheme, where not all shapes are visible and where interests lie that transcend its real significance, Cuba contributes a status that once allowed the Soviet Union to make its debut in political spaces that were barred to it, and break a hegemony that the United States never was able to reconstruct.

That alliance allowed the Cuban Revolution to survive and set a course for its project of economic and social development, which meant enormous advantages for Cuba, which also assumed great risks, put forth definitions and contributed a political capital that only she possessed. History does not necessarily repeat itself — though that might happen.

The juncture created by the events in Ukraine and Crimea, derived from the unnecessary adventure of expanding NATO and penetrating into Russia’s heartland represents a parenthesis in Russia’s relationship with the United States and Western Europe. However, it does not impede or hinder the progress of other international projects.

The danger for the United States is that history will repeat itself and, in view of the stagnation of its policy toward Cuba and its reiteration of schemes that are ineffective toward Latin America (especially regarding the popular governments in the region, as the Soviet Union once did, with other arguments and intentions), the spaces will be occupied by Russia and China.

Cuba, which witnessed the end of the Cold War for everyone except herself, advances in a relationship in which she feels comfortable. Cuba has managed to convince everyone, except the United States, which, by not offering Cuba any alternatives of normalization, does not create interests worth preserving.

Practically all of today’s Cuban leaders involved themselves with Cuba. Many studied there or traveled there, and, outside the former Soviet bloc countries, Cuba is the country where most people speak Russian.

Neither Russia nor Cuba are starting from scratch. In the past there were disagreements that have been resolved and there are no motives for tension. Quite the opposite. The road has been cleared and the environment is propitious.

The reforms that Cuba is pushing create an adequate stage for the encounter between partners and old comrades who are united — not separated — by the past.

In that context, Fidel and Raúl Castro will move ahead with Russia and Putin without any limitations other than those they might voluntarily set. Probably none.

A world of peace and cooperation is a feast to which everyone is invited. Howbeit, there will always be someone who declines. That’s their loss.

THROUGH THE EYES OF MANY CAMERAS

(Special thanks to Granma, the Kremlin, Cubadebate, Associated Press and others.) 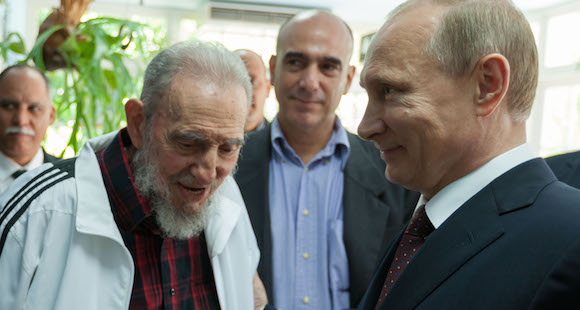 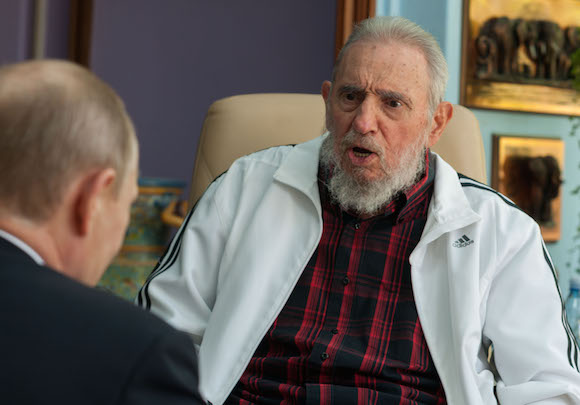 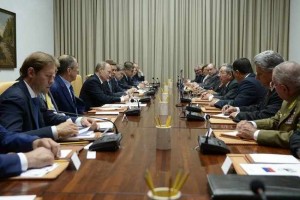 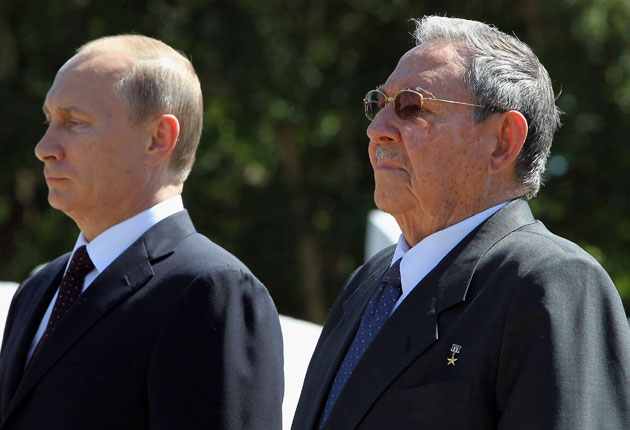 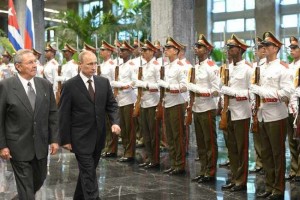 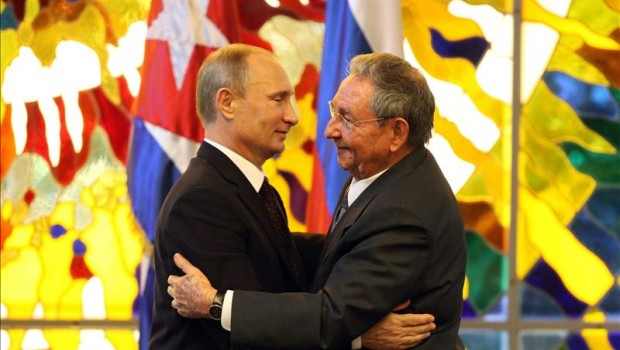 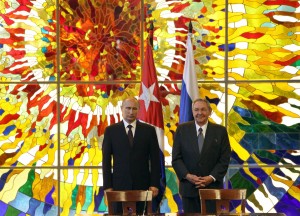 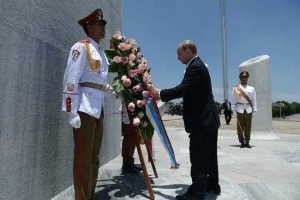 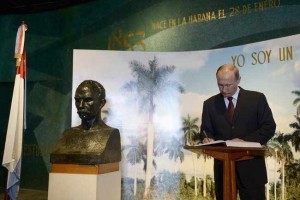 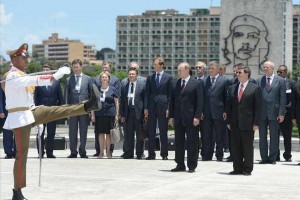 Cuba: Backing down is not an option

The U.S. enters another ‘campaign’