Havana slams as divisive a U.S. bid for coffee from independent growers

The Cuban government, through its National Association of Small Farmers (ANAP), has slapped down an effort by the U.S. State Department to allow the importation to the United States of coffee grown by self-employed entrepreneurs, bypassing the state-run export system.

A statement from the ANAP, published Thursday (May 5) in the Cubadebate website, denounces “the imperialist policy of promoting the division and disintegration of Cuban society, which is the intent of a measure like the one recently announced” by Washington. 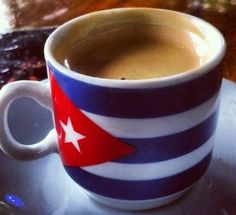 The State Department announcement was made on April 22 and was reproduced by Progreso Weekly three days later. To read the text, click here.

The ANPA statement (as translated by Progreso Weekly) reads as follows:

Last April 22, the State Department announced its decision to include coffee in the list of Cuban products produced by the non-state sector that would be allowed for importation into [the United States.] That action gave continuity to a measure adopted by the U.S. government in February 2015, authorizing very limited Cuban exports that excluded all the goods and services produced by state-run enterprises.

It is noteworthy that, in its announcement, the State Department made it clear that, to do so, “the Cuban entrepreneurs must demonstrate their independence from the State” and indicated that this is another measure devised for the purpose of “supporting the capacity of the Cuban people to attain greater control of their own lives and determine the future of their country.”

What the State Department did not say is that, because it unilaterally deprived Cuba — after the blockade was decreed — of the treatment as most favored nation, which by rights we deserve as a Founding State of the World Trade Organization, any Cuban product desired for export to the United States has to pay the highest Customs tariffs, which renders practically impossible its importation to that country.

It also ignores that the Agrarian Reform Law, promulgated after the triumph of the Revolution in 1959, granted ownership of the land to more than 200,000 farming families, and that, ever since, the Cuban State has implemented a program for the productive, economic and social development of the farming sector of our country and has guaranteed aid to production, access to credit, and a secure market for its products and other social benefits.

Nobody should think that a small agricultural producer can export directly to the United States. For this to be possible, the participation of Cuban foreign-trade companies is necessary and the financial transactions must be done in dollars [http://www.cubadebate.cu/noticias/2016/05/05/confirman-que-cuba-no-ha-podido-hacer-ninguna-operacion-con-el-dolar/#.Vyvl6lP2ZR3], neither of which has been possible until now.

We are aware that the objective sought by this type of measure is to influence the Cuban farm sector and separate it from our State.

We Cuban small farmers do not fear changes, so long as they are boosted by ourselves. For that powerful reason, the U.S. Government’s permanent attempts to break the unity of the Cuban people cannot be allowed, because it would destroy a revolutionary process that has given us participative democracy, freedom, sovereignty and independence.

We Cuban farmers are members of the socialist civilian society and exist as part of the State, not in opposition to it, which represents the people’s power. Along with the workers and all our people, we oppose the objective of the imperialist policy of promoting the division and disintegration of the Cuban society, which is the intent of a measure like the one recently announced.

If the government of the United States really wants to contribute to the welfare of the Cubans, it needs to definitively lift the economic, commercial and financial blockade it imposed more than 50 years ago, which is the principal obstacle for the development of Cuba.

We Cuban farmers ratify our fidelity to our revolutionary State against all risks and challenges and will continue to build a prosperous and sustainable dialogue with everyone and for the good of everyone, with the patriotic commitment of continuing to produce for the people.

Hemispheric leaders to Biden: No to the embargo + get Cuba off terrorist list…