Getting shoulders ready for shots

The octopus that is this pandemic, whose mutations have been so damaging and fomented tensions, has reached all 15 Havana municipalities. Its tentacles affecting some more than the others, but Covid is present and in transmission with no end in sight.

The virus, currently peaking, is being slowed, experts tell us, but not controlled.

It must be said that there seems to be no end in sight a this point, after its first appearance on the Island a year ago in colonial Trinidad. Thankfully, Soberana 02 and Abdala, two of our promising candidates to help solve the problem, are about to become vaccines. One is being produced in the country’s capital and epicenter of the virus’ transmission; the other in the eastern region of the Island, the area with the second most autochthonous contagion. 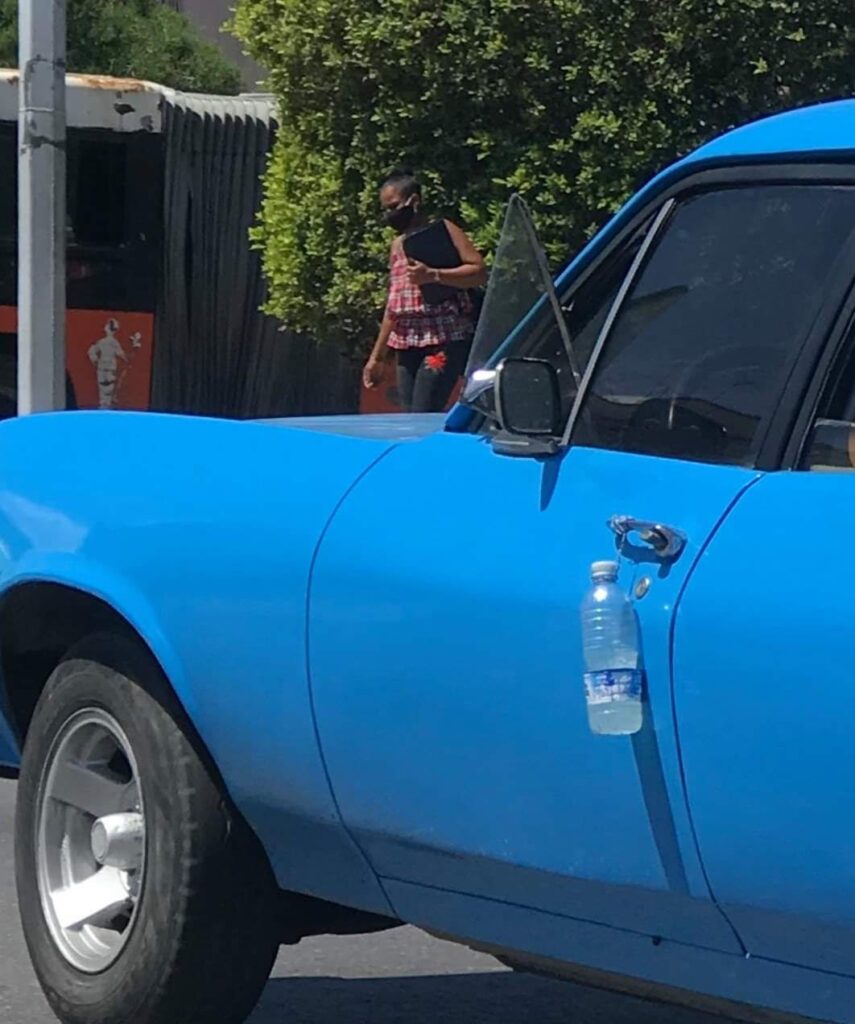 The photo (at left) taken by my colleague Oscar Sánchez demonstrates the ingenuity of many Havanans when facing misfortune. The car’s owner knows how to take care of herself. On the other hand, take a look at so many crowd shots taken today… and there are still those who ignore recommendations.

If at this point any public, familial or personal effort is useless, the most sensible thing to do is to wait for the vaccine. And even so, after being vaccinated, many will continue in their same, self-imposed relaxation of the rules, or their ignorance because of the long lines or queues in search of food or medicine.

The vaccine, the authorities insist, will not be enough if a new code of life is not adhered to, things such as keeping your distance from others, protecting oneself always and complying with other known health standards.

But the vaccine(s) appear to be on the way. We are told that before the end of the year the Cuban population will be immunized after what will be in all respects a highly controlled process that produces the greatest effectiveness. And better yet, according the vice president of BioCubaFarma, Cuba would be ready to export its vaccine(s) starting in August.

Cuba, in spite of all its problems, has been the only Latin American country capable of developing five vaccine candidates: Soberana 01, Soberana 02, Soberana Plus, Abdala, and Mambisa.

The old American cars are reappearing in Havana

Then came our food care-package

Little chance of succeeding via the black market

We were but a few and Omicron poked its head