EXXON versus Cuba: Headed towards a legal marathon?

The EXXON MOBIL corporation recently filed a lawsuit against two Cuban companies. They’ve been accused of “trafficking” with facilities that the U.S. corporation once had in Cuba and that were legitimately nationalized in 1960.

Their intervention by the government was as a result of the then ESSO’s refusal to supply the petroleum derivatives Cuba’s economy and its society needed for its functioning. It was an intent at sabotage framed by a growing U.S. aggression against the Cuban government that included military actions and an economic blockade that has survived and been increased in recent months. It is, by the way, facts that do not appear in the sterile narrative of the document submitted by EXXON MOBIL in the federal court of the District of Columbia.

EXXON MOBIL’s anguish for its former assets cannot be explained outside of that historical context, nor can this lawsuit be understood outside the most recent episode of the reinforcement of the blockade.

Is this almost overnight claim by EXXON simply a sample of the company’s legal ability to opportunistically take advantage of situations such as the activation of Title III of the so-called Helms-Burton law, or is it an action planned by “legal eagles” as part of a larger strategy?

Has EXXON MOBIL dusted off its ‘Cuba file’ simply to lay claim to $280 million that barely represents the company’s income in 12 hours of operation, and whose ability to recoup that money is more than doubtful? 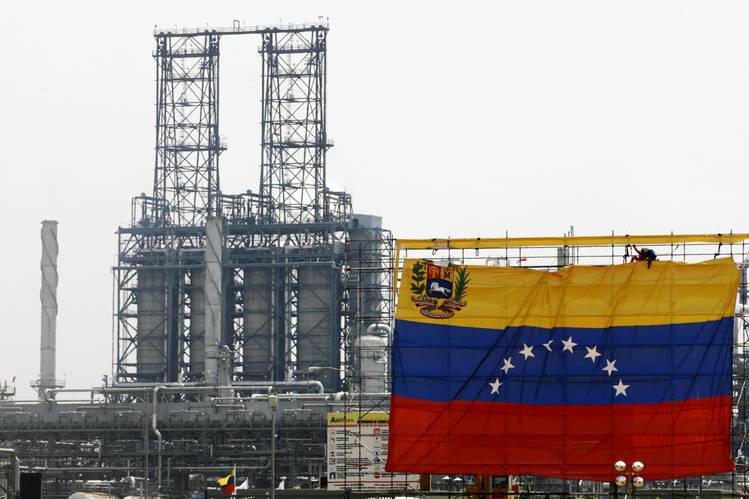 It is difficult to provide precise answers to the previous questions, but the search for explanations could lead us to consider the following hypothesis: EXXON MOBIL’s lawsuit is part of a political plan –not just a legal one– to cancel a factor that is considered an obstacle that stands between the company and its access to the largest oil reserves on the planet, in Venezuela. They want to neutralize the Cuban government.

Cuba is perceived as Venezuela’s main international political ally. That the fact is distorted, manipulated and exaggerated is another story, but it is reasonable to assume that this is the EXXON MOBIL premise at this time.

It’s more than enough for EXXON MOBIL to consider –either by conviction or convenience– that Cuba is a contributing factor preventing them from access to Venezuelan oil. As a result it gladly has joined a U.S. government-led scheme such as the activation of Title III of the Helms-Burton Act.

For EXXON MOBIL the bet would be to try to hit Cuba where it perceives that the blow would be more likely to be effective: a U.S. court.

It is assumed that this could be more “cost-effective” than distracting resources and litigation against companies from countries that are strategic U.S. partners, probably in courts outside the U.S.

The direct objective would be to minimize the level of economic relations between Cuba and the U.S., as soon as possible, thereby depriving Cuba of income whose accelerated contraction could have a negative impact on its economic growth, standard of living, social and political stability, and national security.

The strategy is to ‘ice’ U.S. companies that currently do business with Cuba as a result of the irruption in the U.S. judicial system of one of the largest corporations in the world. A company that is accusing Cuban companies as “trafficking” partners with U.S. companies that operate on the island today.

EXXON MOBIL has offered concrete ‘ideas’ in this regard, explicitly stating in the lawsuit that “it is presumed that CIMEX maintains a financial division that manages all remittances from the U.S., as well as a tourism company that is the exclusive supplier of travel services from the US.” It is a way of ‘helping’ the judges identify sources of money from which EXXON MOBIL’s claims can be paid.

It is obvious that these are U.S. companies that do business with Cuba legally. The problem, though, is that the lawsuit creates a not-calculated risk for them: the possibility of a judicial decision — in favor of a powerful global corporation — that dictates that the Cuban entities with which they do business are guilty of “trafficking.”

And it’s not that these U.S. companies were violating trade regulations or operating without licenses. It is that the moment that it is ruled that their Cuban partners are “trafficking,” they could then no longer do business with them, that’s if they want to stay out of the collimator of the second largest company in the U.S. and the ninth in the global list of Fortune 500 companies, which would threaten to identify possible sources of compensation for their claim.

How will U.S. companies manage this risk? There are several options. One being the reduction of operations in Cuba. That is the effect that the demand seems to want to provoke.

Interestingly this effect could occur, at least partially, even before the judge makes a decision, but that is not inevitable nor does it have to occur automatically. 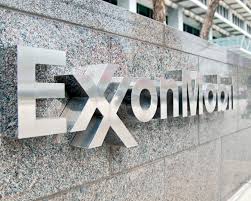 What lessons does the labyrinthine litigation between Venezuela and EXXON MOBIL offer?

Relations between EXXON MOBIL and Venezuela have been turbulent since the time the company was called ESSO and when it had not yet merged with MOBIL. The situation culminated in 1976 when Creole Petroleum, an ESSO subsidiary, was nationalized, representing losses equivalent to 40 percent of ESSO’s global revenues. It then practically ceased to operate in Venezuela. In fact, ‘assets’ demanded by EXXON MOBIL from Venezuela were inherited from MOBIL.

These are not minor assets. Among other things, EXXON MOBIL operated in the Orinoco belt and those assets were nationalized by the Venezuelan government in 2007. This area contains the largest oil deposit on the planet, with an estimated 513 billion barrels, approximately double the Saudi Arabian reserves.

The legal dispute between EXXON MOBIL and Venezuela offers possible lessons that are clear even to someone like me who has no legal training. There is an obvious lesson worth analyzing: the claims undertaken by EXXON MOBIL do not necessarily have to be won by the corporation.

Following the nationalization of its assets by the Venezuelan State in 2007, EXXON MOBIL carried out memorable episodes of international litigation against the Bolivarian Republic of Venezuela before two international legal entities: the International Center for Settlement of Investment Disputes (ICSID), which functions as the World Bank’s dispute tribunal, and the International Chamber of Commerce (ICC), based in Paris. In fact, those proceedings also involved the New York district court and the United States Second Circuit Court of Appeals.

The lawsuit before the International Center for Settlement of Investment Disputes (ICSID) was particularly interesting. After 7 years of litigation, in 2014 that court ruled that Venezuela had to pay $1.6 billion to EXXON MOBIL, 10 percent below the amount ($16.6 billion) initially claimed by the corporation.

The story did not end there. In 2017 an arbitration committee of the ICSID itself decided to reduce the initial compensation by 90 percent so that Venezuela would only have to pay an amount of $188 million.

Prior to that, Venezuela had made a claim in a U.S. court, the Second Circuit Court of Appeals, disputing the initial decision of the ICSID regarding the compensation $1.6 billion amount.

In 2017, that Court of Appeals rejected the intention of EXXON MOBIL to force Venezuela to honor the provisions of an international arbitration related to the expropriation of assets of that company. In other words, that it should not even pay the $188 million.

The reason for the decision was that the corporation should rely on specific legislation to formalize its demand for compensation: the Foreign Sovereign Immunity Act (FSIA), the one that US courts must apply to resolve litigation related to problems that are the jurisdiction of foreign governments.

It is not a closed case, because, in 2018, EXXON MOBIL restated its original demand of $1.6 billion before CIADI.

The lesson seems to be clear: after 12 years of litigation, EXXON MOBIL has not been able to collect a penny from a claim initially estimated at $1.6 billion and that courts had already reduced to $188 million.

Giving EXXON MOBIL its own medicine? 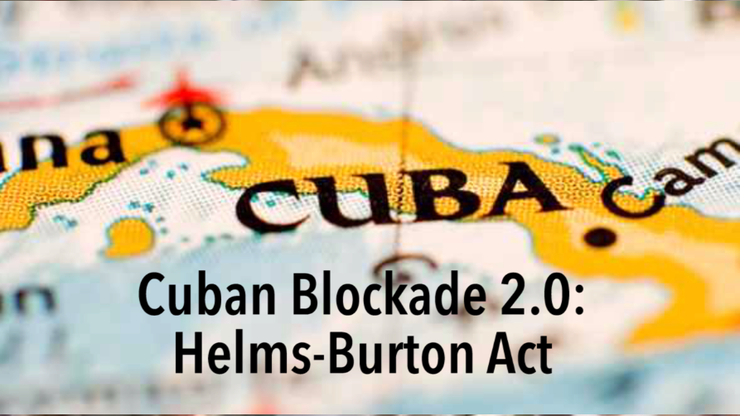 If we assume that EXXON MOBIL’s plan when filing a lawsuit against Cuban companies does not consist in obtaining a monetary compensation but in a considerable and quick reduction in the current level of economic relations between Cuba and the US, then any other plan should include two components: (1) the capacity to take advantage of the judicial process to wear down the plaintiff and to delay as much as possible the final legal decision; and (2) through the process’ impact to diminish the level of relations between Cuban and American companies.

The key variables could be the time and the level of risk. In fact, the second is highly dependent on the first. For the Cuban companies sued, it is strategic to delay the process ad infinitum. It has higher legal costs, but they would be profitable. The longer the process lasts, the more the desired ‘quick hit’ effect sought by EXXON MOBIL scheme is reduced.

If a company such as EXXON MOBIL gets stuck in a labyrinthine legal process against two Cuban companies, the alleged effectiveness of using the legal means offered by Title III of the Helms-Burton Act is discredited. If the first lawsuit by a large U.S. corporation under the Helms-Burton law does not bear fruit, the effect might discourage others from taking similar actions.

If the expansion makes it clear that the effective possibilities of compensation were approaching zero, even when sued by a giant such as EXXON MOBIL, it would be clear that placing Cuban companies under the Helms Burton Act would essentially be an act of political hostility and not a process of resolving economic disputes, for which the Cuban government has other possibilities. It should be noted here that Marriott, a company that inherited one of the largest “certified” claims (that of the ITT), operates legally in the Cuban hotel sector.

For the Cuban government it is crucial to limit the damage that the lawsuit cause the current relations between Cuban and American companies, and for that it is very important to have mechanisms that allow U.S. companies to manage a higher level of risks. Any business adaptation process needs time and therefore the key is to be able to provide that margin of time to the companies. In that sense, the expansion of the judicial process is crucial. ‘Quick results’ must be avoided, which are essential for the EXXON MOBIL plan to be effective.

Obviously, part of the risk reduction process also involves Cuban companies, which have a series of mechanisms that would enable them to reduce the potential “seizure surface” that could be identified by the plaintiff.

Additionally, there would be political, diplomatic and communication components that would support an eventual double process of litigation and business adaptation for risk reduction.

It would be up to the experts to evaluate in a realistic way the feasibility of a defense scheme as suggested and to design its details. In any case, we should draw attention to the fact that there is concrete evidence that by waiving the “legal grit” quota, the legal scheme that EXXON MOBIL will try to apply to make a quick case could become harsher terrain than expected and more conducive to running a marathon, but that is precisely the kind of race that does not suit the largest U.S. oil company in its pulse against the Cuban government.

Pedro Monreal is a renowned Cuban economist and writer.