HAVANA.- Members of a Cuban medical brigade will begin arriving in Ebola-struck Sierra Leone at the beginning of October.

Cuba’s Public Health Minister Roberto Morales announced today. He said the 165-member team will include 62 doctors and 103 nurses. All, he said, have more than 15 years’ experience and have previously served in medical cooperation missions abroad.

The Cubans will make up the largest contingent of foreign health care workers committed thus far to the fight against Ebola in West Africa.

The region is experiencing the world’s worst Ebola epidemic ever with the death toll topping 2,400, according to the World Health Organization.

Morales spoke in Geneva where he met with WHO director general Margaret Chan, who recently visited Cuba and met with President Raul Castro.

There are currently 4,000 Cuban health workers — 2,500 of them doctors — providing services in 32 African countries. However, the group going to Sierra Leone will be the first to work in a country where Ebola is present.

There are no Ebola cases in Cuba, according to public health ministry sources. But the country is taking stringent precautions with medical personnel working in all African countries.

Doctor Alberto Duran, head of the Ministry’s department of transmittable diseases, recently told reporters that while no Cuban health care workers are currently located in countries where there is an outbreak of Ebola, their health is being systematically checked. This is also true for Cuban diplomats in at-risk locations in Africa and all will be subjected to a 30-day quarantine before being allowed to travel.

He noted that there are no direct flights from Africa to Cuba but authorities have applied strict preventive measures at the island’s air and sea ports.

In the same television appearance, Dr. Jorge Perez, head of Cuba’s Tropical Medicine Institute, said that special measures were also being taken to contain Ebola should a case manage to bypass security and enter the country.

These measures include the construction of special installations where patients could be isolated.

Public Health Ministry figures show there are some 50,000 Cuban health personnel, half of them doctors, currently working in 65 countries around the world. For decades this oft-time free medical outreach has been described as medical diplomacy. It has gained Cuba friends and respect in many developing countries, as well as kudos from WHO and other international organizations. 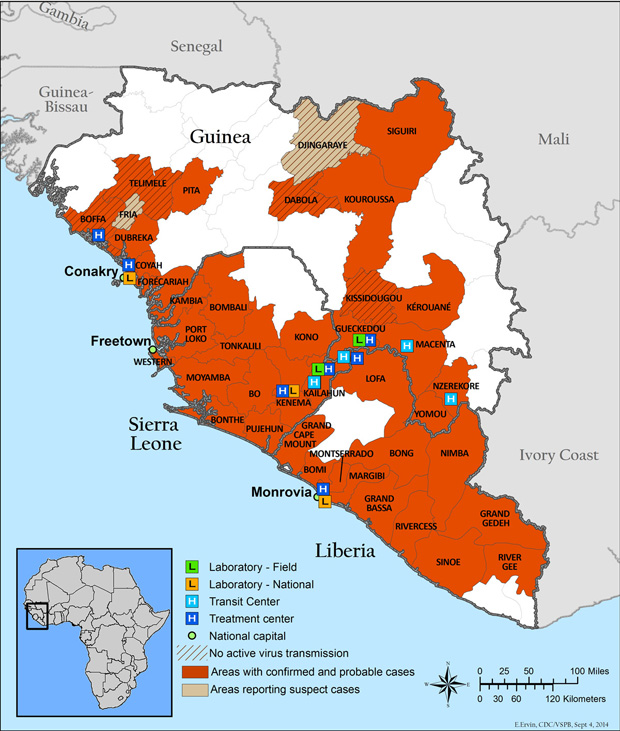