Hutchinson, who served as Meadows’ special assistant, testified during a last-minute hearing of the House Select Committee to Investigate the January 6th Attack on the United States Capitol.

Asked by Rep. Liz Cheney (R-Wyo.), the panel’s vice chair, if Meadows ever indicated that he was interested in receiving a pardon related to January 6, Hutchinson responded that he “did seek that pardon, yes ma’am.” 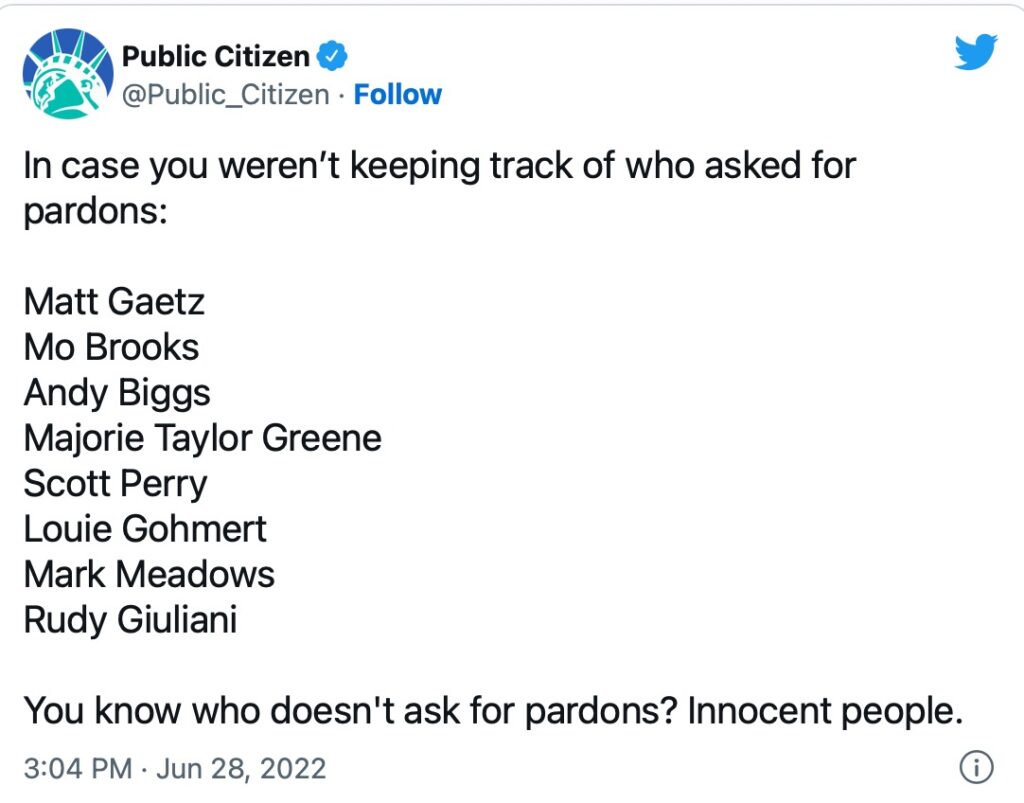 That sentiment was echoed last week by Rep. Adam Kinzinger (R-Ill.)—the only Republican on the committee other than Cheney—who said that “the only reason you ask for a pardon is if you think you’ve committed a crime.”

Humanity at ‘doom’s doorstep,’ says bulletin of the atomic…