The Joe Biden administration still technically recognizes unelected coup leader Juan Guaidó as Venezuela’s supposed “interim president,” but Washington and Brussels are desperate to lower oil prices amid an energy crisis that has wreaked havoc on their economies.

Before the West imposed harsh sanctions on Russia over the proxy war in Ukraine, Moscow had been the largest supplier of both oil and gas to Europe.

December 5 marks the deadline by which the European Union pledged to cut off all imports of Russian crude. This means EU member states are desperately looking for alternative suppliers, as winter soon approaches.

President Biden visited Saudi Arabia in July and tried to pressure both the country and the OPEC+ alliance to boost production in order to drop the price of oil on the global market. Crown Prince Mohammed bin Salman refused, instead announcing that the oil producers would be cutting their production.

France’s President Emmanuel Macron may be a banker who is deeply motivated by neoliberal ideology, but he is also a bit of a pragmatist.

Realizing that he had few other choices, Macron approached Venezuelan President Nicolás Maduro at the COP27 conference. A video that went viral on social media showed the French leader politely asking Maduro for a meeting and proposing dialogue.

Kerry had harshly criticized Maduro back when he served as secretary of state under President Barack Obama. The Venezuelan leader had condemned Kerry as well, calling him “ridiculous” in a 2014 rally.

But today, reducing the price of oil is a more important priority for Washington. And Caracas is willing to negotiate in hopes of lifting some of the illegal unilateral sanctions that the United States imposed on it, which have crippled Venezuela’s oil sector and devastated the country’s export-dependent economy.

At the COP27 conference, Portugal’s Prime Minister Antonio Costa likewise had a friendly chat with Maduro.

The Portuguese leader was the most open of all with his intentions, saying clearly that the economic situation in Europe has been difficult with high inflation and soaring costs of oil and gas.

These meetings represent quite a political reversal for the Western powers, which have spent years trying to overthrow Venezuela’s leftist Chavista government.

During a coup attempt in which right-wing extremists erected violent “guarimba” barricades to destabilize the country in 2014, the Obama administration began imposing sanctions on top Venezuelan officials.

In 2015, the White House released an executive order declaring Venezuela an “unusual and extraordinary threat to the national security and foreign policy of the United States.”

This opened the flood gates for illegal unilateral US sanctions, which increased by the year, seriously damaging Venezuela’s oil industry, restricting its exports, and thus starving the country of much needed foreign exchange reserves. 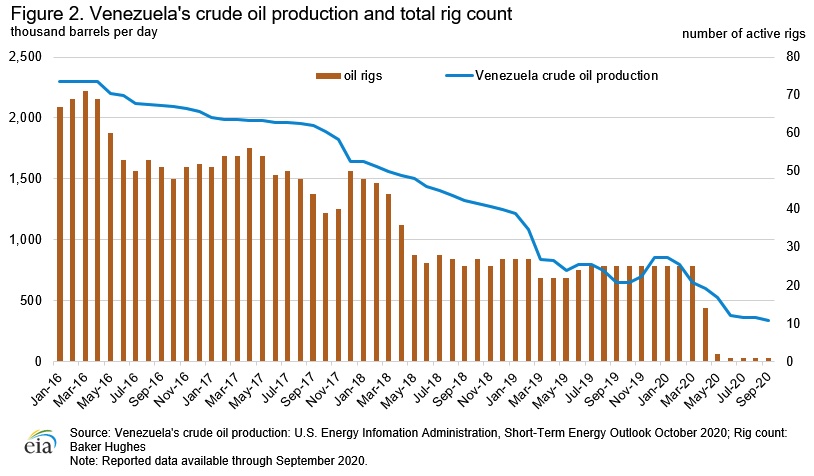 In January 2019, the Donald Trump administration initiated the biggest coup attempt yet, appointing little-known right-wing opposition politician Juan Guaidó as supposed “interim president,” despite the fact that he has never won a single vote in a presidential election.

Trump drastically expanded the sanctions into a full-on US embargo of Venezuela, similar to Washington’s six-decade blockade of Cuba. The South American nation’s oil production subsequently fell to the lowest levels since 2003 – when the US government sponsored another, briefly successful coup in Venezuela and a subsequent oil lockout and bosses’ strike by the right-wing opposition. 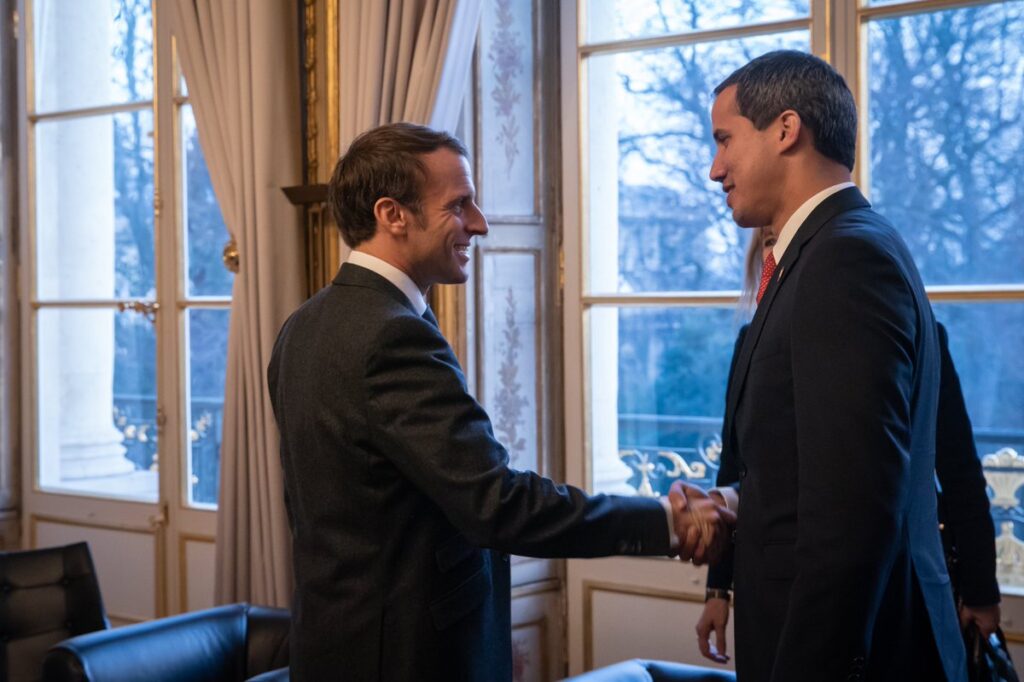 As recently as 2020, Macron was still publicly maintaining this charade, tweeting smiling photos with Guaidó.

Soon after the Biden administration came to power in January 2021, it made it clear that it was continuing Trump’s policy.

As recently as June 2022, the State Department was still describing Guaidó as so-called “interim president.”

The US assistant secretary for western hemisphere affairs, Brian A. Nichols, even removed the word “interim” and referred to Guaidó simply as “president” on June 11.

The West’s de facto reluctant admission in 2022 that Maduro is Venezuela’s constitutional president stands in stark contrast to a press conference given in April 2020, when the US Justice Department put a mafia-style $15 million bounty on the head of Maduro and other top Venezuelan government officials.

The Trump administration’s coup attempt in Venezuela culminated in a botched invasion in May 2020, featuring dozens of mercenaries and former US Army special operations forces.

Known as Operation Gideon, this failed terrorist operation was sponsored by the CIA and Colombian intelligence agencies, according to coup-plotters involved in the attack.