“Forty-nine state farm bureaus support the lifting of the embargo, but Florida does not,” William Messina, University of Florida agricultural economist, told The Palm Beach Post. The explanation: Florida has a lot to lose if Cuba begins sending fruits, vegetables and sugar here where the same crops are grown. Cuba and Florida have similar subtropical climates and both produce sugar cane, fruit and winter vegetables. Goes to show you… We’re of the belief that a little competition is good.

“There are people out there who you are not going to convince no matter what,” said Boca Raton cardiologist and president of the Palm Beach County Medical Society Dr. Stephen Babic: “Something happened to their kids after they had vaccinations. They are looking for an excuse to blame somebody, something.” He uses the case of a heart surgeon who is convinced that vaccines led to his child’s autism. Leading the charge are April Renée and Wendy Callahan, both Florida women who rally against vaccines because of their personal experience with their own children. And they are being blamed not just for the 100 plus cases of measles in 14 states this year but for other recent virus outbreaks, such as whooping cough.

Rubio not a sure bet 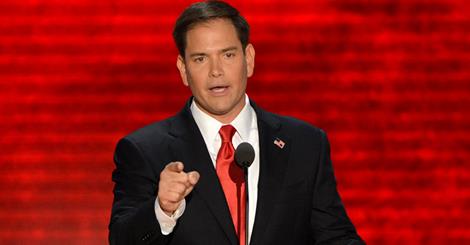 Jeremy Wallace wrote in the Herald Tribune, a Florida newspaper, that even if Miami Republican Marco Rubio does not run for the White House in 2016, “he knows what awaits him is an anything-but-certain re-election campaign for the Senate.” In 2010, even with a strong Tea Party wave at his back and spending of almost $22 million, Rubio failed to capture 50 percent of the vote. Instead, he won 48.9 percent to take his Senate seat. Rubio’s 48.9 percent represents the smallest percentage for any U.S. Senate candidate to win Florida over the last three decades.

Former Miami Mayor and now Miami-Dade County Commissioner Xavier Suarez has decided to carry through on an idea. He now has 120 days to collect about 55,000 signatures to get his salary-cap proposal on the August 2016 countywide election. The commissioner would like to see a cap on county salaries at $162,200 — which is what justices on the state Supreme Court earn. 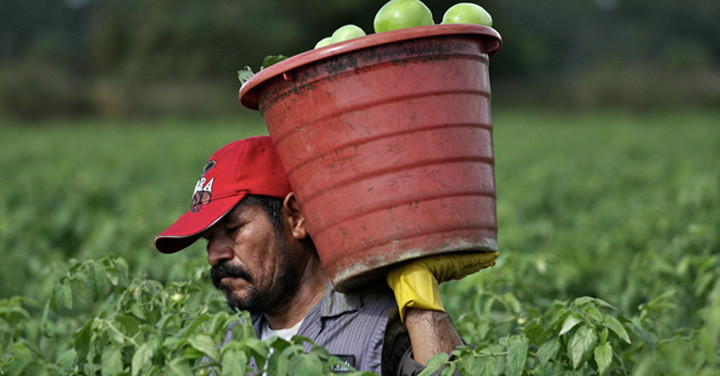 Here’s what a Sarasota newspaper discovered about living conditions of human beings who pick our tomatoes, oranges, strawberries and other fruits and vegetables here in Florida: “More than half of all Florida camps [where these persons live] received an ‘unsatisfactory’ grade from the Florida Department of Health during the last five years, and inspectors wrote up 338 facilities two or more times for keeping workers in filthy, dangerous homes.

Despite political opposition from the state’s Republican leaders to President Barack Obama’s Affordable Care Act (or ObamaCare), Florida enrolled more people — 1.3 million as of Jan. 30 — than any of the 36 other states in theHealthCare.gov marketplace. Those are totals for people either enrolling for this year or automatically renewed for policies they chose last year.

Florida wildlife officials last week decided to move ahead with a proposal to allow sportsmen to hunt bears for the first time in more than 20 years. Their decision came despite pleas from naturalists and animal lovers who wanted to hold off at least until the state had finished a survey of the Florida black bear population. The Florida Fish & Wildlife Conservation Commission has not allowed bear hunts since 1994. Throughout the state – especially Central Florida — human-bear confrontations have been on the rise. Four of those encounters led to serious injuries, including the mauling of two women.

Florida’s five-year agreement allowing the Seminole Tribe of Florida to offer blackjack and other table games at its casinos will expire on July 31. By that time, the tribe will have paid the state $1 billion, enjoyed a gambling monopoly that has been the envy of its competitors and inspired a host of interests to lobby against its renewal. The agreement, part of a 20-year deal known as the Seminole compact, is easily the biggest gambling issue facing the Florida Legislature this year.

Florida’s sheriffs announced last week that they oppose a medical marijuana bill (Senate Bill 528) being pushed by Republican lawmaker Jeff Brandes. They voted 38-2 to oppose the legislation, which would allow state-regulated dispensaries for patients with a wide variety of conditions.

ACLU headed to Tally for session

March 2 marks the start of the Florida legislature’s 2015 session and the ACLU of Florida will be in Tallahassee defending against bills that aim to limit civil rights and civil liberties. A press release says that they will also be fighting for new laws that look to expand freedoms for all Floridians. Among ACLU priorities: fighting against the practice of charging kids with adult crimes; ending Florida’s infamous and shameful practice of sending people to death row on a simple majority vote of a jury; and reforming Florida’s prison system.

America’s Navy is coming home to Homestead, Florida, one of 32 cities in six states to host a performance by the United States Navy Band during its 2015 spring tour. Their performance is scheduled for March 2, 2015, 7 p.m., at South Dade Senior High School, 28401 SW 167 Ave., Homestead, FL 33030. The U.S. Navy Concert Band presents a wide array of marches, patriotic selections, orchestral works and modern wind ensemble repertoire. As the original ensemble of the Navy Band, the Concert Band has been performing public concerts and participating in high-profile events for 90 years.

An impressive group of diplomats, military and intelligence officials, and media and academic experts will address topics of international concern when the University of South Florida St. Petersburg (USFSP) hosts its 3rd annual St. Petersburg Conference on World Affairs on February 26-28, 2015. “This year’s conference, as always, will focus on the most timely issues of the day,” said Dr. Thomas Smith, director of the USFSP Honors Program and a conference founder. “Panelists will address geopolitical issues of Syria, Cuba, and Ukraine, as well as the challenges of climate change, infectious diseases, and women’s rights.”

Progreso Semanal/ Weekly authorizes the total or partial reproduction of the articles by our journalists, so long as source and author are identified.

Conexion Miami / Plutocracy, and there’s money to prove it